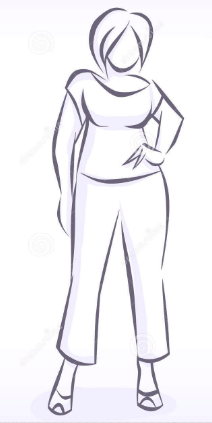 It’s been a hell of a week. I don’t need to link to any of what’s been going on because, well, if you don’t already know you must be a mermaid living in King Triton’s undersea realm who is too busy trying to trade your voice to a sea witch in order to marry a random human prince to pay attention to Land News(TM), in which case, good luck with that.

If you identify as a woman, you are probably having a lot of feelings right now. Anger. Sadness. Fear. Defiance. High Priestess Michelle Obama–First of her name, Mother of Dragons and Malia and Sasha,Harvester of Organic Vegetables–summed it all up pretty well, I think.

If you identify as a woman this week, you’re probably also experiencing flashbacks. Flashbacks to the time your classmate reached down your shirt and groped at your (still flat) chest during story time when you were six and said this meant you were his girlfriend. To the time when your middle school teacher looked a little too long at your bare, white, unshaven thirteen-year-old legs on the first warm May day in seventh grade and remarked that he was “grateful it was shorts season.” To the time when your roommate came home crying because a boy tried to pressure her into sex before she was ready and called her a tease for refusing. To the time your heart was pounding in your chest as you walked down the dark New York street at nine p.m., worried that the strange man on the corner, angry at having his catcalls ignored, would follow through on his threats to “fucking rape and kill you, you ugly fat bitch.”

One definition of feminism is “the radical notion that women are people.”

A reminder for you, because I’ve needed to remind myself so often this week: you are an actual person. A human being. A soul. You are more than the meat on your bones. More than a number on a scale of attractiveness or weight or both. More than a reflection of what some men (and women) hate about themselves and the state of a scary and changing world.

Enjoy this cake, virtually!  (I will be eating it live tonight, MWAHAHAHAHAH!)

And remember, when in doubt about what to do on Independence Day…watch Independence Day!  Nothing brings tears to an American’s eyes more than Will Smith, Jeff Goldblum, and President Bill Pullman kicking a bunch of alien ass.

Be safe this weekend!  xoxo

My Tweets
© Jaclyn Opritza and justkiddingnobutseriously.com, 2015. Unauthorized use and/or duplication of this material without express and written permission from this site’s author and/or owner is strictly prohibited.
Luke Atkins - Critic

The World Of Anand

a community for women who work

Because someone my age and my size still likes to look cute!

Tales from the Cabbage Patch

Because everyone wonders where they came from

Welcome To My Perfectly Imperfect World

Just because you CAN read Moby Dick doesn't mean you should.

Because we speak a language all our own.

Toast and Tea
A place to express ... digest ... relax and read ... a place to escape and breathe.
Traveling Rockhopper

A blog full of humorous and poignant observations.